At the Mobile Civic Center Theater

Peter Pan will take audiences to the magical island of Neverland in a delightful fantasy adventure!  Featuring choreography by Katia Garza and an original score by composer David Ott, this production captures the imagination of both children and adults.  Peter Pan is a timeless story that comes to life onstage with stellar guest artists, the outstanding Mobile Ballet Company, captivating sets and costumes, and mesmerizing video projections by Israel Rodriguez.

Sunday 2:30 pm show will be accompanied by a recording of the musical performance.

Questions? Contact the Mobile Ballet office at 251-342-2241 or email info@mobileballet.org.

PLEASE NOTE: Modified health and safety protocols will be assessed according to current local guidelines at the time of each production

Safety guidelines for this production:

Face coverings are optional at this production, but are recommended. While performances are large indoor gatherings and social distancing may not be possible at all times, we respectfully ask that you be mindful of the health, welfare, and comfort of all in attendance. We appreciate your support and cooperation, and we hope you enjoy the performance!

Please Note:  There is no elevator at this venue.  Upstairs seating is accessible by stairs only.

David Ott is a richly acclaimed composer of national and international reputation with a vast range of musical experiences. His compositions have been performed on four continents and recorded by the world’s greatest symphony orchestras, including the London Symphony, the Czech Radio Orchestra, Grand Rapids Symphony and the Milwaukee Symphony. Following in the traditions of the orchestral masters Shostakovich, Prokofiev, Bartok and Britten, Ott was heralded by Symphony magazine as one of a dozen composers who have amply contributed to American symphony music in the past 50 years. He has collaborated on projects with such musical luminaries as Mstislav Rostropovich, Jaime Laredo, Raymond Leppard and Robert Shaw. Each praised Ott for his gift for melody, brilliant orchestrations and structural integrity. Ott is conductor of the Panama City Symphony Orchestra and the Northwest Florida Ballet Symphony Orchestra.

Born in the Upper Peninsula of Michigan, Ott was later raised in Wisconsin. After studying at the University of Wisconsin-Platteville, he attended Indiana University to study piano with Alfonso Montecino. He completed his education at the University of Kentucky. While studying for his doctorate, he began his professional composing career with several film scores for Kentucky Educational Television. That association later led him to create a thirteen-part documentary series comparing United States history with music of the same time period. The program was aired to five states through the Florida Education Channel. So impressed with Ott and his music that Raymond Leppard invited Ott to serve as Composer-in-Residence to the Indianapolis Symphony Orchestra, for which he served six years. 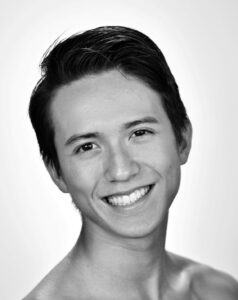 Wyatt Mier began training in Tokyo, Japan, in Fumi Academie at the age of 5. He then trained with Northwest Florida Ballet through their Academie and Pre-Professional Programs and is now a soloist with the company.  He has received further training with American Ballet Theater in their summer programs, and recently competed at Youth America Grand Prix with an invitation to compete in the upcoming finals in Tampa, Florida.  Wyatt has danced soloist and principal roles including Puck in A Midsummer’s Night Dream, Snow King and Lead Russian in Nutcracker and the Jester in Cinderella.  He has also performed as a guest artist with Andalusia Ballet, Mobile Ballet, and Inwood Dance Company. 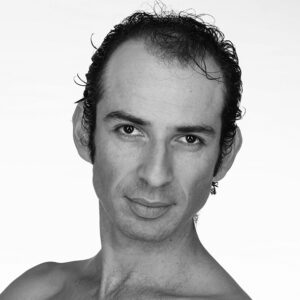 Daniel Benavides grew up dancing traditional Mexican folk dance ballet folklórico, and began his ballet training through the STEP-UP! program at Anaheim Ballet where he received a full tuition scholarship in his second year. Within his first two years of ballet training, he was accepted to summer intensives at both American Ballet Theatre and San Francisco Ballet. He joined the San Francisco Ballet School in 2002 on full scholarship. After two years training and performing with San Francisco Ballet, he moved to Boston to begin his professional career with Boston Ballet II. In 2006, he had the opportunity to tour with The Suzanne Farrell Ballet, performing in Scotland at the Edinburgh International Festival, a world-renowned venue for artists from across the globe. He joined Orlando Ballet following the festival. Since then, Benavides has danced there for fifteen seasons, performing roles such as The Cavalier and Drosselmeyer in The Nutcracker, Tybalt in Romeo and Juliet, Von Rothbart in Swan Lake, The Beast in Beauty and the Beast, Birbanto in Le Corsaire, and the title role in Dracula. During his time with Orlando Ballet, he has worked with and performed the work of many notable choreographers, including Twyla Tharp, Jessica Lang, Lila York, Peter Chu, Bruce Marks, Michael Pink, and Robert Hill. Benavides has also been a guest artist and teacher with multiple companies and schools. 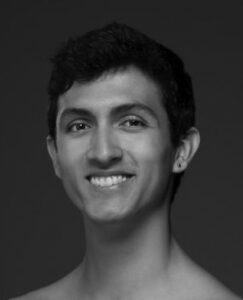 Agustin de Sousa began his training at age 13 at Danzaira Escuela de Ballet in Peru, followed by the Cary Ballet Conservatory in North Carolina, where he graduated in 2020. While training with the Cary Conservatory, he received multiple competition scholarships and awards, including qualifying for the Youth America Grand Prix Finals in New York. He is also an American Ballet Theatre Certified teacher.

Agustin received his first contract at age 19 with The Sarasota Ballet in Sarasota, Florida. As a member of The Sarasota Ballet, he had the opportunity to perform several internationally renowned ballets, including George Balanchine’s Diamonds, Stars and Stripes, and Theme and Variations, as well as Frederick Ashton’s Enigma Variations. At age 21, he joined Cleveland Ballet in Cleveland, Ohio. After pandemic-forced closures, Mr. de Sousa returned to the Cary Ballet Conservatory as a faculty member, teaching young dancers where he himself was a student. 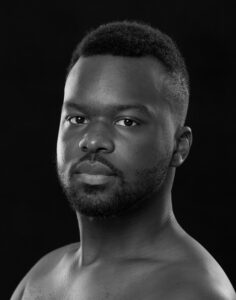 Marsalis Rene AnderSon-Clausell was raised in Roswell, Georgia.  He trained in classical ballet at Metropolitan Ballet Theatre (MBT) under the tutelage of Prima Ballerina Maniya Barredo. During his 10 seasons with MBT, he attended Orlando Ballet, Nashville Ballet, National Choreography Summer Intensives. In addition, Marsalis performed in and enjoyed time with Robert Barnett, Oliver Munoz, and the late John Magnus in original choreography for SERBA. With Ballet Pensacola, Marsalis had the privilege of performing Snow Pas; it was a dream come true. “Richard & Christine have made dancing a greater adventure with higher levels of expectation each season.” Marsalis is currently pursuing a Bachelor of Science degree in General Business at the University of West Florida. This is his fifth season with Ballet Pensacola, and his third season as a Principal Dancer. 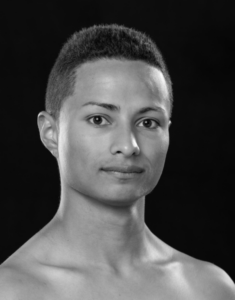 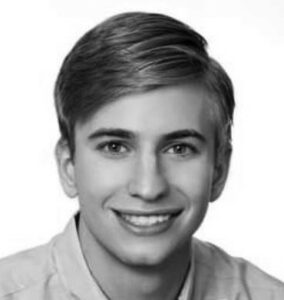 Max Murdock has been dancing since the age of 6 and began his training with Northwest Florida Ballet. He continued his dance training with Northwest Florida State College, Next Generation Ballet, The Tallahassee Ballet, and the Florida State University School of Dance. Max has performed roles in The Nutcracker, Romeo & Juliet, Sleeping Beauty, Coppelia, Firebird, Les Sylphides, and A Midsummer Night’s Dream, and has also danced in many musicals, contemporary performances, and in the feature film Dancin’: it’s on!.

Rounding out the cast of familiar characters in The Nutcracker, Ms. Morgan is joined by stellar internationally acclaimed guest artists Alladson Barreto, Paul Branco, Daniel Benavides, and Agustin de Sousa, performing along with the Mobile Ballet Company and student dancers from the Mobile Ballet School.

With Tchaikovsky’s legendary score, Katia Garza’s captivating choreography, and exquisite costumes and sets, this production will capture your imagination and transport you to a magical wonderland.  Mobile Ballet’s production of The Nutcracker continues to be an annual holiday favorite for the entire Gulf Coast region and is a holiday delight for audiences of all ages.

VIEW THE PRINCESS AND THE FROG PROGRAM
COMPLETE OUR AUDIENCE SURVEY

THE PRINCESS AND THE FROG

Our 2021-2022 season begins with the world premiere of a new Mobile Ballet production, The Princess and the Frog, performed at the historic Saenger Theater in downtown Mobile.  This production will showcase the stellar Mobile Ballet Company dancers along with guest artists, and will feature local theatrical singers through a special collaboration with The PACT Theatre Company.

The Princess and the Frog tells the story of a hardworking young waitress named Tiana who is an aspiring chef and dreams of opening her own restaurant. After kissing a prince who has been turned into a frog by an evil witch doctor, Tiana becomes a frog herself and must find a way to turn back into a human before it is too late. As they hop along on an adventure through Mobile Bay seeking help to break the spell, they find new friends and fall in love along the way.  Originally set in 1920s New Orleans during Mardi Gras, Katia Garza’s unique adaptation of this joyfully magical tale will instead be set in Mobile.

The season begins with the world premiere of a new Mobile Ballet production, The Princess and the Frog. Our original adaptation of this joyfully magical tale will be set during Mardi Gras in Mobile, and will feature live local theatrical singers in a special collaboration with The PACT Theatre Company.

The cherished holiday tradition of The Nutcracker this year will feature the return of Mobile Ballet alumna and professional ballet dancer Kathryn Morgan, bringing Tchaikovsky’s masterpiece alive with fresh choreography and showcasing the Mobile Ballet Company and students.

Peter Pan will take audiences to the magical island of Neverland in a delightful fantasy adventure, featuring live symphony music performed by local musicians and led by composer David Ott.

One Night Only Learn more >>